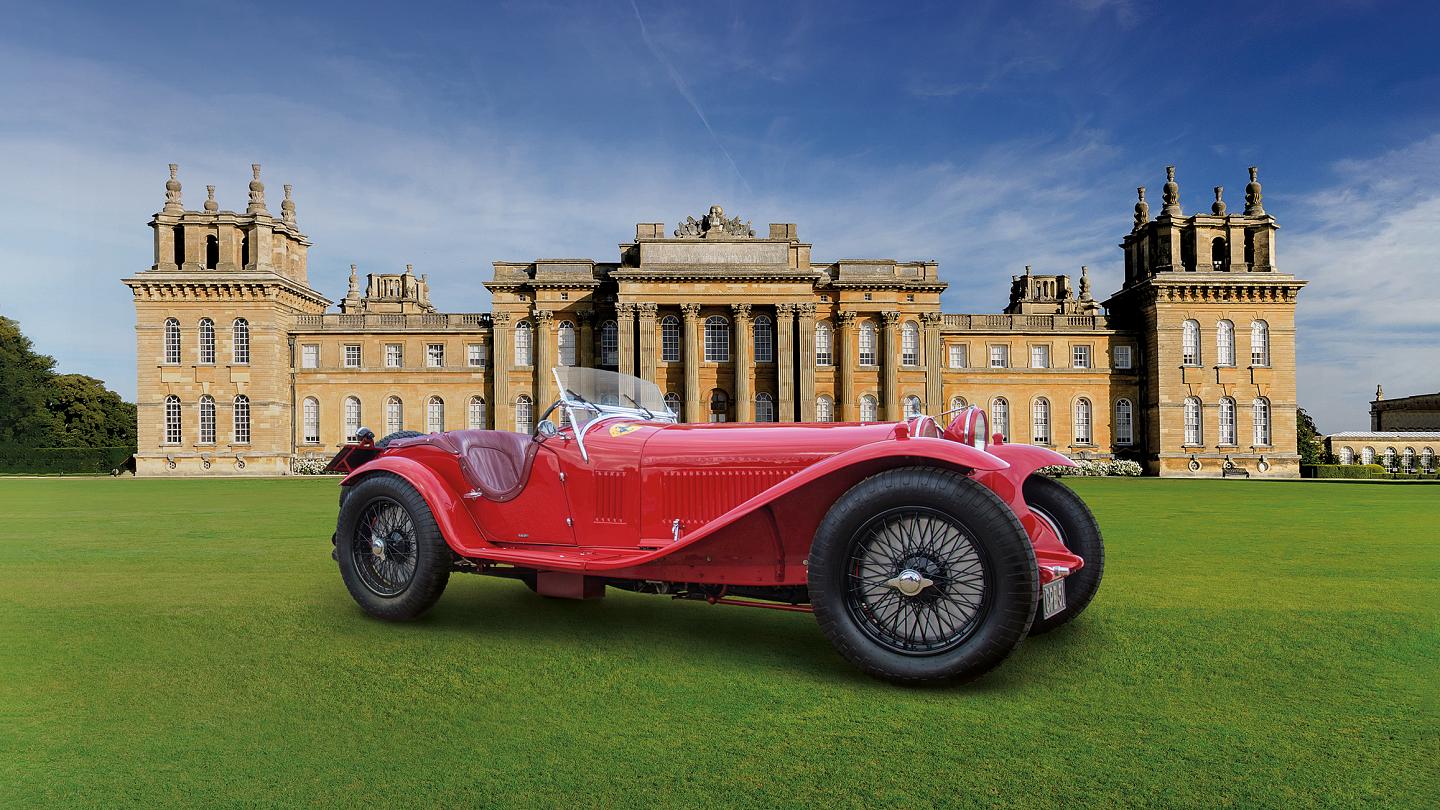 It's on show - and on sale - at Salon Privé, a luxury car event taking place in London.

For three days, some of the most expensive cars from past and present are on display in the grounds of the iconic Royal Chelsea Hospital.

"Salon Privé, what is it? It's a fashion show for cars, it's a beauty parade. We have the best manufacturers from around the world mixed in with a lot of luxury brands. It's an experience, so great food, great hospitality, champagne all day long, what's not to like?" says David Bagley, Director of Salon Privé. 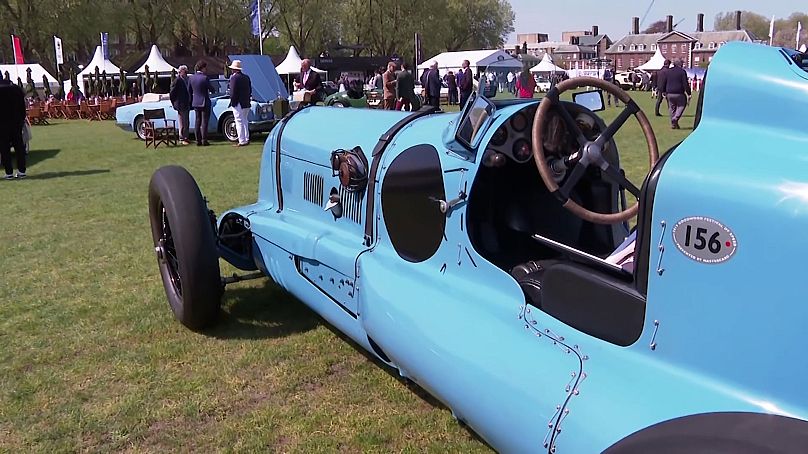 It was built for racing and in 1935, after it was fitted with a new six cylinder, 8 litre Bentley engine, it broke the Brooklands lap speed record with an average speed of 142.60 miles per hour.

But a racing pedigree like this doesn't come cheap - it's estimated to be worth around 4.2 million GBP.

The show is home to a small fortune.

"How much they're worth, impossible to say because there are two or three on here that are worth whatever you would pay for them. There are cars on the lawn here that are no longer for sale, cars that are sold out, the Ferrari Daytona for example, the Pininfarina Battista Anniversario behind me. Many, many, many, many millions of pounds worth of cars."

Eight vehicles are making their European or UK debuts here, like the distinctly retro 3-wheeled Super 3 by Morgan Motor Company.

Two Ferrari's are being shown in the UK for the first time, including the already sold-out Ferrari Daytona SP3, which cost over $2 million when it was still available.

The Rolls-Royce Black Badge Ghost is a touch more affordable, starting at around 250,000 GBP. 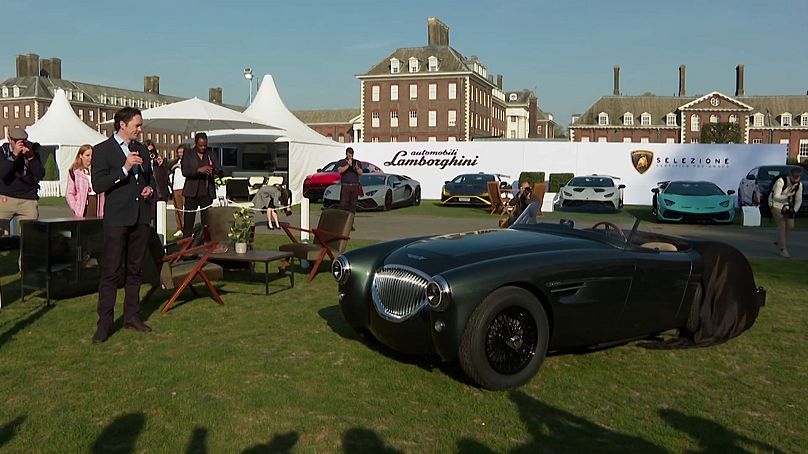 There are also three world debuts, like the Austin Healey by Caton.

Classic car lovers will be forgiven for thinking it looks familiar.

It's based on the original 1954 Austin Healey.

But it's been updated with modern manufacturing - and made a bit bigger to accommodate modern day, larger drivers.

"I think the Austin Healey has a beautiful form, both the exterior, design is fantastic," says Tim Strafford, CEO of Invisage Group which makes the cars.

"Back when they were making the cars in the 1950s, they had certain compromises that they had to make to the car in the way they manufactured the car. And we've been able to use modern manufacturing techniques to try to change that and improve it. So, for example, the original cars had seams running all the way along the length of the car. We've been able to remove those seams, which allows you to really appreciate the form of the vehicle."

While the world seems to be moving further and further towards electric vehicles, the Healey runs solely on petrol.

The manufacturer expects buyers to seek out this car specifically for a weekend, petrol-fuelled driving experience.

Moving into the future 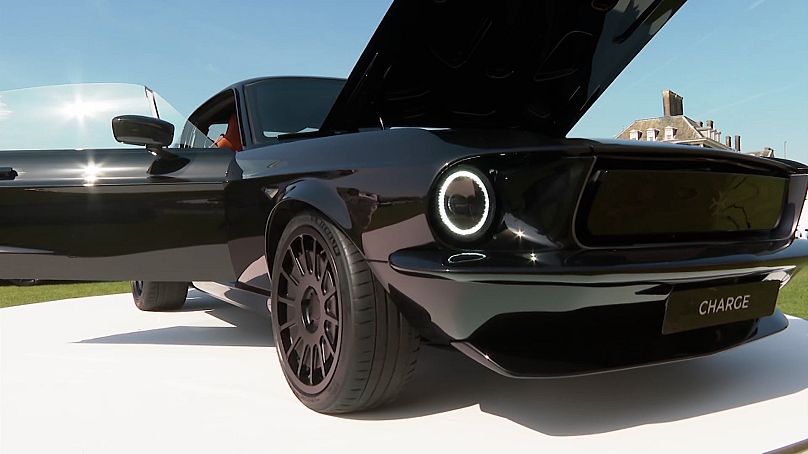 One of those electric classics is this Mustang.

It's built by Charge Cars under licence from Ford and is based on a 1967 fastback Mustang.

It keeps the iconic silhouette of the '67, but is now built in much lighter carbon fibre panels.

And the move to electric means customers don't need to worry it will become obsolete.

"People want to drive design icons. Soon, it's going to be more and more difficult. And with this car, clearly it's a zero emissions car. It's it's full of the latest technology," says Mark Roberts, Chief Creative Officer of Charge Cars.

The car industry over the last two years has suffered from supply chain problems, especially the global microchip shortage.

But Roberts thinks after all those worries, the company is now is a good position to deliver the brand new vehicles.

"It's had its toll on the whole industry, yes. We've worked through all of it and we now have this production intent vehicle, so we're in a good place now. We're warming up to production. We start building customer cars later in the year, start delivering them early next year. So yes, it's affected us, but it's not stopping us progressing, at quite a considerable rate now."

The Mystery of the Alfa Romeo 12C Prototipo 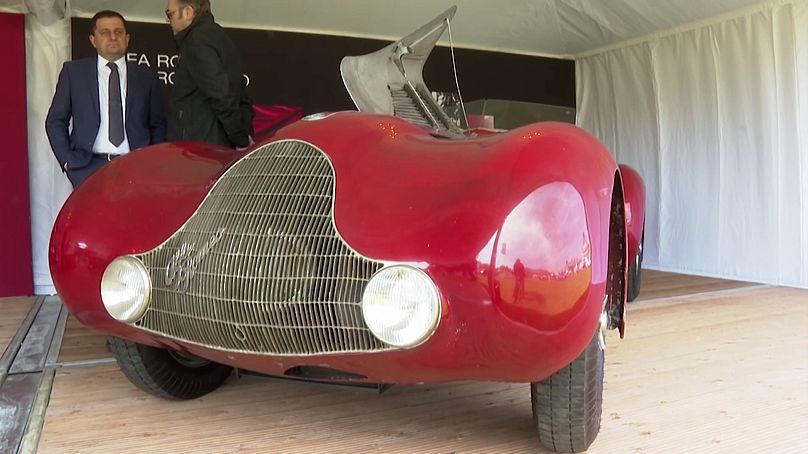 There's another world debut with a more continental feel. And it's not a new car. It's the Alfa Romeo 12C Prototipo.

It was designed as a racing car in the late 1930s - but never actually made it onto a racetrack.

The historic vehicle has been lovingly restored and revealed here for the first time.

Great care has been taken not to 'over' restore it - the pattina of the original paint has been left alone, not resprayed to make it look brand new.

"I'm totally bored and the collectors too, of these 'Concours d'Elegance' cars that are so perfect to seem plastic. We love the car as they were. I think that what (how) it makes you emotional is that you can smell what was this car more than 70 years ago," says Paolo Spalluto, CEO of Passione Engadina which is involved in the project.

But the car is not for sale - it's here to promote a book about its mysterious story.

It tells the tale of a vehicle that was meant to revolutionise racing, but never got off the starting line.

It's the story of a car whose destiny was changed by the outbreak of the Second World War, as Alfa Romeo abandoned top-of-the range production in the post-war period.

And it's also suggested as the possible 'missing link' between Alfa Romeo, Ferrari and Porsche.

The book is presented by Progetto 33, a company that wants to promote cars it believes have added something special to the world's automotive heritage.

Salon Privé launched 17 years ago. This edition runs until 23 April.