The ultra-rich in London are increasingly protecting their wealth through the use of "family offices", says research from the London School of Economics.

These are teams of professionals - such as lawyers, financiers and psychologists - employed to ensure the "dynastic wealth" of the super-rich.
These offices work for families worth at least £200m, says the study.
Researcher Luna Glucksberg says their role "demands scrutiny".

The study, from the LSE's International Inequalities Institute, says more attention should be paid to the rise of such "shadowy" family offices, which are employed full-time to protect the interests of their "elite families".

The study describes how they support a "bunkered" and "fortified" way of life of the "global super-rich".
Family offices have grown alongside the concentrations of the ultra-rich in cities such as London - and researchers say they have moved on a step from buying in specialist advisers.
These are full-time professional staff, which could include investment experts, property advisers, economists, trust fund advisers and lawyers, who work for a single family, in the way that a corporation might have its own dedicated staff.

The study quotes a US report from 2010 that found that 50 of the wealthiest such family offices were looking after $500bn (£407bn).
Rather than getting external advice from bankers and financiers, these family offices will keep such information private and in-house.
Their role "goes far beyond that of private bankers", says Dr Glucksberg.

"They are about creating dynasties, ensuring generational transfers of wealth," she says.
As well as maximising financial interests and investments, such family offices can look after every aspect of the private lives of their employers.
This can be everything from buying clothes and organising holidays to arranging divorces and making financial arrangements to prevent money being lost to in-laws.

The study says that for an individual family to have a family office, they would need to be worth at least £200m and probably much more.
But there are cases of "multi-family offices" - where families worth from £80m upwards could share such services.

The growth of extreme wealth, alongside poverty and low-income families, means that there needs to be more analysis of how such wealth is perpetuated, the study suggests.

These family offices "play a crucial role" in how advantages are handed on between generations, with full-time staff able to make long-term, strategic planning, says the study.

"The rise of elite dynasties, economic inequality, and the vast concentrations of global wealth in recent times means that the role of the 'family office' in our society demands scrutiny," says Dr Glucksberg 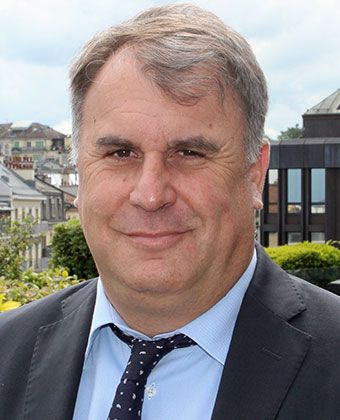